The street circuit at the Grand Prix de Pau, second event of the new established Reiter Young Stars Cup 2016, showed the young drivers an absolute different layout compared to the opening round at the high-speed track at Monza. Both sprint races of the Competition102 GT4 European Series were driven at the street circuit in the heart of the City of Pau. With its 75th anniversary the Grand Prix de Pau is the oldest still existing street race in the world!

Free Practice and Qualifying took place in wet conditions. A difficult challenge for the drivers and especially for the engineering and marketing students, who were responsible for the tactics during all sessions. RYS Team InterNetX (P3 for race 1) and RYS Team WP Performance (P5 for race 2) could achieve good positions on the grid for both sprint races with the Reiter Engineering and KTM developed X-BOW GT4. 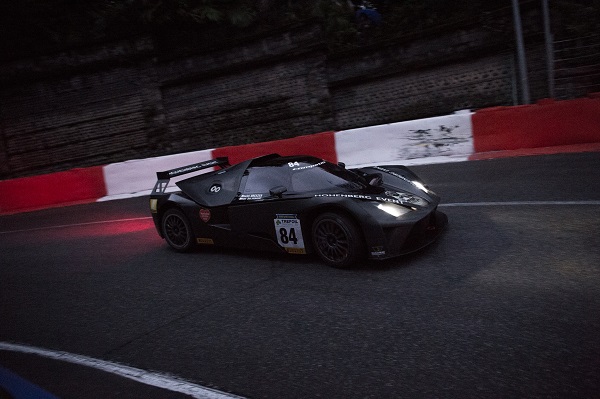 Race 1 – Racing into the dark!
Whoever thought that it couldn´t get more challenging for the Reiter Young Stars teams in Pau, they had to learn a new lesson Saturday evening. A race into the dark is challenging enough, especially at a street circuit, but race 1 should have been the first dry session of the weekend. So everyone opted for slicks just before the start entering completely unknown conditions. Halfway through the 50 minutes plus 1 lap race the rain came back and all seven Reiter Young Stars team changed to rain tyres during the obligatory pit stop. Definitely an advantage for the starting drivers, to set their fastest five laps under dry conditions. So it was Mads Siljehaug (RYS Team Hohenberg Event) who won the Reiter Young Stars competition with an average lap time of 1.24,761 minutes. Second went to Chris Vlok (RYS Team InterNetX), and third to Tim Stupple (RYS Team Holinger).

All female pilots drove in the second half of the race and had comparable track conditions in their stint. Anna Rathe (RYS Team True Racing) already showed a superb performance in the wet practice sessions and proved her skills also in race 1 driving on slippery tarmac. With an average lap time of 1.29,145 minutes she took victory in race 1. RYS Team KTM driver Laura Kraihamer was second fastest, Caitlin Wood (RYS Team Kiska) scored a third place. 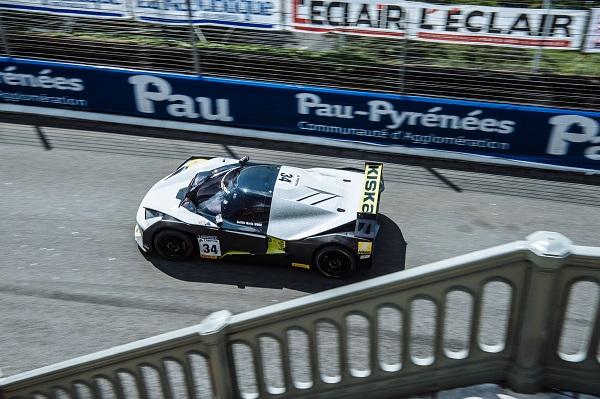 Race 2 – Shortened distance
The weather forecast for the second race on Sunday promised a dry track and everything seemed to be prepared well. But problems with the starting lights changed all in the very last minute. The race length was shortened to 45 minutes plus one lap, so 5 minutes less for the Reiter Young Stars to set their five fast laps. A safety-car-period in the second half of the race made it even worse. This time it was Caitlin Wood to take her chance for the win of the RYS female competition with an average lap time of 1.28,965 minutes, followed by Rebecca Jackson (RYS Team WP Performance) and Laura Kraihamer. The winner of race 1, Anna Rathe, had to follow the results of her competitors from pit lane, after her co driver Cedric Freiburghaus had to retire at an early stage. Caitlin Wood also took over the lead in the driver rankings. 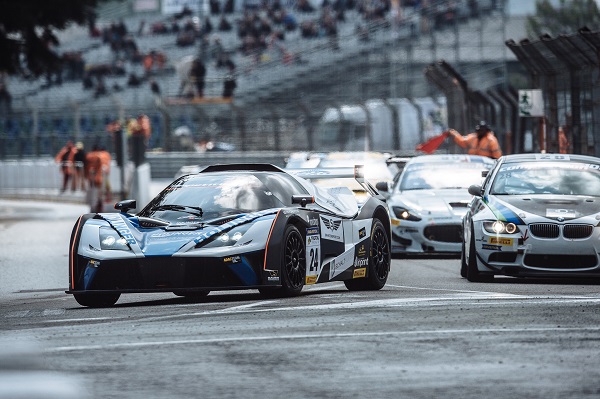 But these positions weren´t the results of a well-balanced GT4 field: “If you have followed the TV broadcast of both races, you could see that we hadn´t the strongest and outstanding GT4 car in Pau”, team owner Hans Reiter analysed the weekend. “Our drivers hat to fight hard on the straights and take high risks in the corners to defend or hold their positions on track. But despite this disadvantage we reached Top 10 and podium finishes, what makes me proud even more.” Especially the motorsport novices surprised Has Reiter: “I was pleased to see that for example a young beginner in Motorsport like Tim Stupple, who had just little experience from Cruze Cup, could score a podium position. And our female drivers increased their performance since Monza a lot. On Sunday all female drivers, who had seen the chequered flag, crossed the line inside the Top 10 with Rebecca in sixth, Caitlin in 8th and Laura in 9th position.” 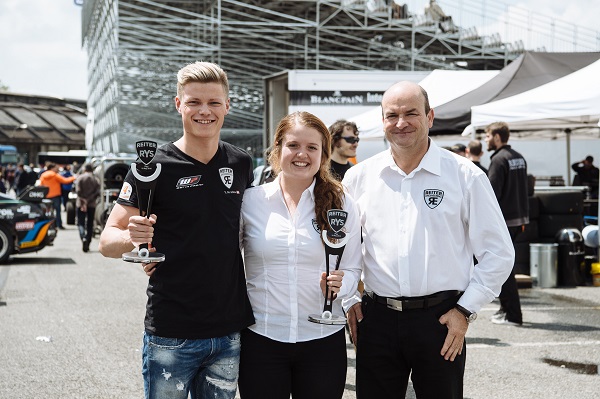 The classification after the second meeting in Pau:

The Reiter Young Stars will race again from 8th to 10th of July in Spa-Francorchamps (Belgium).